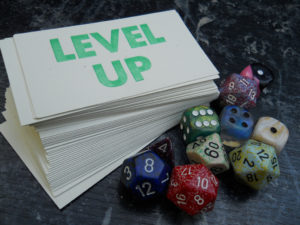 In this episode Don and Rob discuss Don’s view that tabletop RPGs and video games have influenced the way people write and consume stories. Delving deep into the topic, the pair discuss Kung Fu movies, westerns, Isekai stories and (naturally) litRPGs. All this and a deep discussion into where Dr. Who went wrong and how it’s connected to sitcoms, are waiting for you in this episode of The Department of Nerdly Affairs.