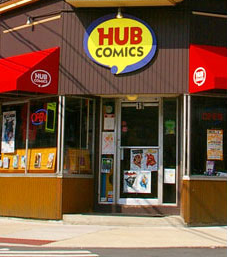 In this episode, Rob and Don team do an international team-up with Tim Finn and Jesse Farrell of Hub Comics of Somerville, Mass. to expose the true nature of owning a comic shop in this modern age. Thrill as the intrepid foursome discuss the perils of pissing off your comic reading audience. Gasp as Tim and Jesse expose the hidden side behind the counter at Hub Comics and what really goes on when the doors close. Shudder as the true reading habits of comic shop denizens are laid bare for your eyes to behold. All this, and more references to Persepolis than you can count, are waiting for you in this episode of The Department of Nerdly Affairs!

DNA Podcast 063 – A History of GI Joe with Tim Finn 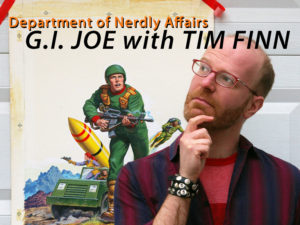 In this episode, Rob and Don sit down with Tim Finn, author of the upcoming book GI Joe: A Real American Book, to discuss the history of GI Joe. The trio discuss Joe’s origins as the first Action Figure for boys, how the GI Joe comic helped reboot the franchise, and the GI Joe: A Real American Hero animated series. All that, and the real meaning of the name Hasbro, is waiting for you in this episode of the Department of Nerdly Affairs.