In this episode, Rob and Don sit down with Graham Trelfer and Robin Bailes, the hosts of the Dark Corners Reviews YouTube channel to talk about their show. Together the group discuss the ups and downs of running a popular YouTube channel, the origins of their show, and more bad horror movies than you can shake a severed hand at! All this, and the two hosts’ secret guilty pleasures, is waiting for you in this episode of The Department of Nerdly Affairs!

Dark Corners Reviews YouTube Channel
The Perils of Gwendoline in the Land of the Yik-Yak
The Blood of Dracula
Slave Girls from Beyond Infinity
Roller Blade
The Black Sleep
Bob Wilkins
Rockula
Ganjasaurus Rex
Chainsaw Hookers
Black Christmas
Plague
Zoltan: Hound of Dracula
Vampire Hookers
Faster Pussycat Kill Kill
Creation of the Humanoids
Journey to the Center of Time
Corona Zombies
The Evolution of James Bond Posters
Secrets of Cinema TV show
Slaughter of the Vampires
The Playgirls and the Vampire
The Monster and the Girl
The Seance
Monster A Gogo
Hard Ticket to Hawaii
The Ski Bum
Hard Rock Zombies 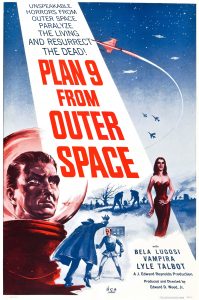