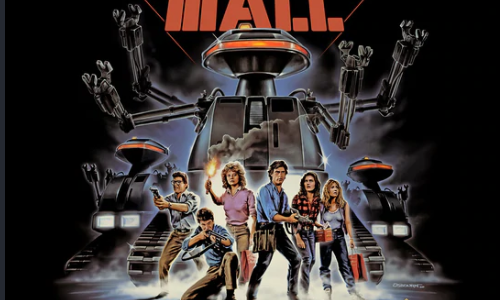 In this episode, Don and Rob head to the mall to discuss capitalism and the place of malls in popular culture for the past hundred years. Along the way, the duo discuss the history of shopping, the origins of malls, and how malls reshaped capitalism. All this, and why the 80s were the peak of mall culture, is waiting for you in this episode of The Department of Nerdly Affairs.

In this episode, Rob and Don sit down with Graham Trelfer and Robin Bailes, the hosts of the Dark Corners Reviews YouTube channel to talk about their show. Together the group discuss the ups and downs of running a popular YouTube channel, the origins of their show, and more bad horror movies than you can shake a severed hand at! All this, and the two hosts’ secret guilty pleasures, is waiting for you in this episode of The Department of Nerdly Affairs!

Dark Corners Reviews YouTube Channel
The Perils of Gwendoline in the Land of the Yik-Yak
The Blood of Dracula
Slave Girls from Beyond Infinity
Roller Blade
The Black Sleep
Bob Wilkins
Rockula
Ganjasaurus Rex
Chainsaw Hookers
Black Christmas
Plague
Zoltan: Hound of Dracula
Vampire Hookers
Faster Pussycat Kill Kill
Creation of the Humanoids
Journey to the Center of Time
Corona Zombies
The Evolution of James Bond Posters
Secrets of Cinema TV show
Slaughter of the Vampires
The Playgirls and the Vampire
The Monster and the Girl
The Seance
Monster A Gogo
Hard Ticket to Hawaii
The Ski Bum
Hard Rock Zombies

In this episode, Rob and Don sit down with their friend Dave Towers to talk about the legendary horror writer H.P. Lovecraft. They talk about Lovecraft’s life, his approach to writing, his legacy, and make a few story suggestions for those who want to dip their tow into Inssmouth Bay. Along the way, they discover that Lovecraft may in fact be one of the most inspiring writers of all time, if he could get off the damn Internet! All this, and more, is waiting for you in this episode of The Department of Nerdly Affairs.

HP Lovecraft (wikipedia)
HP Lovecraft Archive
On Writing by Stephen King
Lovecraft: A Biography by L. Sprague de Camp
Robert E Howard
Call of Cthulhu RPG
Ghost Masters : Weird Tales from Famous Writers
The Lovecraft Lexicon: A Reader’s Guide to Persons, Places and Things in the Tales of H.P. Lovecraft
Jojo’s Bizaare Adventure
Night Gallery
Junji Ito (who cites Lovecraft as an inspiration)
Brian Lumley
The Enigma of Amigara Fault
HP Lovecraft Movie Adaptations
HP Lovecraft Podcast (note, I mistakenly thought they did readings, but they actually do summaries and discussion in each episode, not read the story. They have done some full story readings, which can be found here.)

The Department of Nerdly Affairs
DNA Podcast 053 - The Horror of Paul E. Cooley 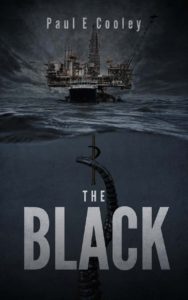 In this episode, Rob and Don sit down with horror author Paul E. Cooley to talk about his genre of choice. The three discuss exactly what horror is, Don’s Eight Types of Horror, and the good and bad sides of podcasting your work. All this, and a heaping helping of Dead Robots’ Society lore, are waiting for you in this episode of The Department of Nerdly Affairs. 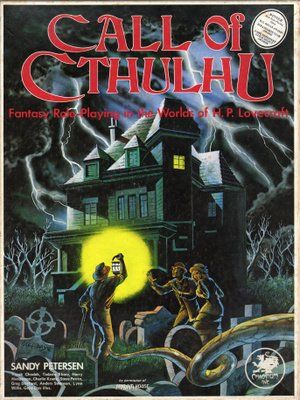 In this episode, Don and Rob trip the night fantastic with their friend Chad and discuss the creepy subject of Horror Role Playing Games. Long regarded as one of the harder types of RPGs to run, the three probe the different types of horror RPGs and do an overview of the classics of the genre. All this, and more fun than that thing creeping up behind you right now, is waiting for you in this episode of the Department of Nerdly Affairs.

A History of Horror RPGs
Call of Cthulhu
The Dunwich Horror
Bureau 13: Stalking the Night Fantastic
Ghostbusters
Bureau 13 Novels
Chill
Planet Motherfucker RPG
GURPS Horror
Beyond the Supernatural
It came from the Late Late Late Show
Paranoia
Nightlife
Stellar Games
Ravenloft
Vampire the Masquerade
Eerie: The Crime Crusher (I thought I heard a “poom”)
Dark Conspiracy
Deadlands
Grimm (this is the latest incarnation)
All Flesh Must Be Eaten