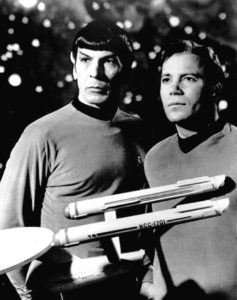 In this episode, Don and Rob are joined by Jack Ward to go where no man has boldly gone before! The past and future collide as the three discuss the history of Trek and whether or not it’s still relevant in today’s world. All this, and Jack and Rob’s big throwdown on Star Trek Enterprise, is waiting for you in this episode of the Department of Nerdly Affairs.