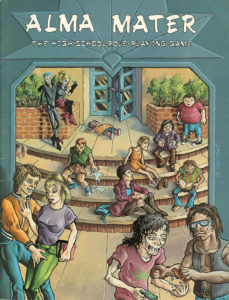 In this episode, Don and Rob are joined by their friend Chad to discuss Comedy Tabletop Roleplaying Games. The three delve into the classics of the genre like Paranoia and Toon, check out their old Alma Mater, hang with Beach Bunny Bimbos with Blasters, and reminisce about being Teenagers from Outer Space. All this, and how to run a comedy RPG, is waiting for you in this fun-tastic episode of The Department of Nerdly Affairs.